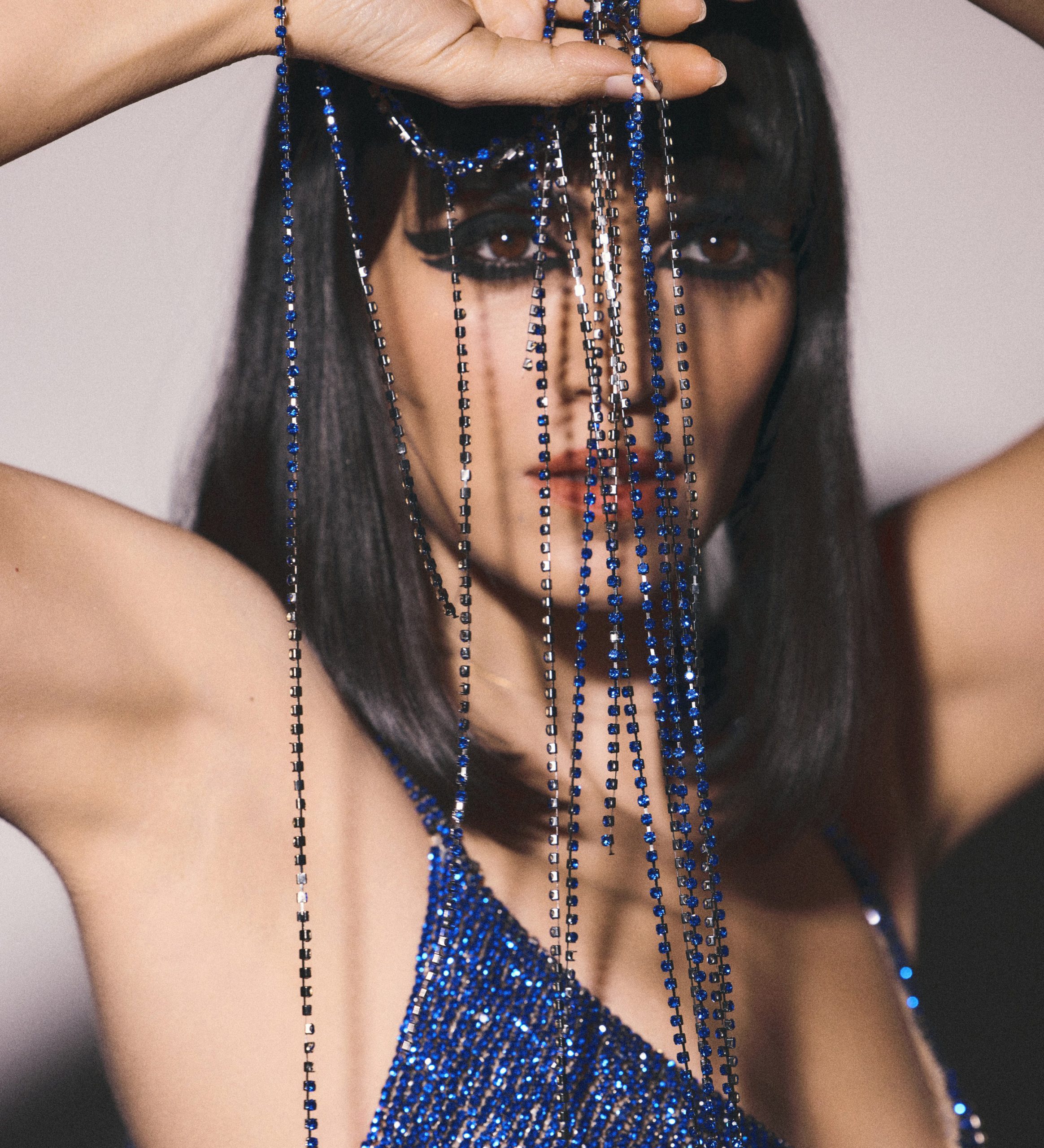 from her upcoming third album Roya (to be released on October 7th). A collection of 11 tracks that enrich her signature blend of tradi-modern rhythms and retro-Persian sonics. Roya (‘fantasy’ in Farsi) illustrates music as a magic portal, an arched gateway to a place of peace, joy, and unlimited freedom.

Liraz and her Israeli sextet recorded Roya over ten days in a basement studio in Istanbul, hidden from public view, oozing creativity.

Joining them on violin, viola and the tar – the wasp-waisted wooden Iranian lute-   are various composers and musicians from the Iranian capital, Tehran. This group of  anonymous players is the same one who previously collaborated with Liraz online, no questions asked, no faces shown, under the radar of Tehran’s secret police, for her celebrated 2020 album, “Zan”. Though this time, the group worked collectively, face to face, heart to heart; The ever-present sense of danger and fear eventually surrendered to the joyfulness of a shared adventure. “All I remember are fragments: the fear and anxiety I felt when I knew they were on their way. The tears of joy and relief we all cried as we embraced,” Liraz says. “And the music we made! Such music!”