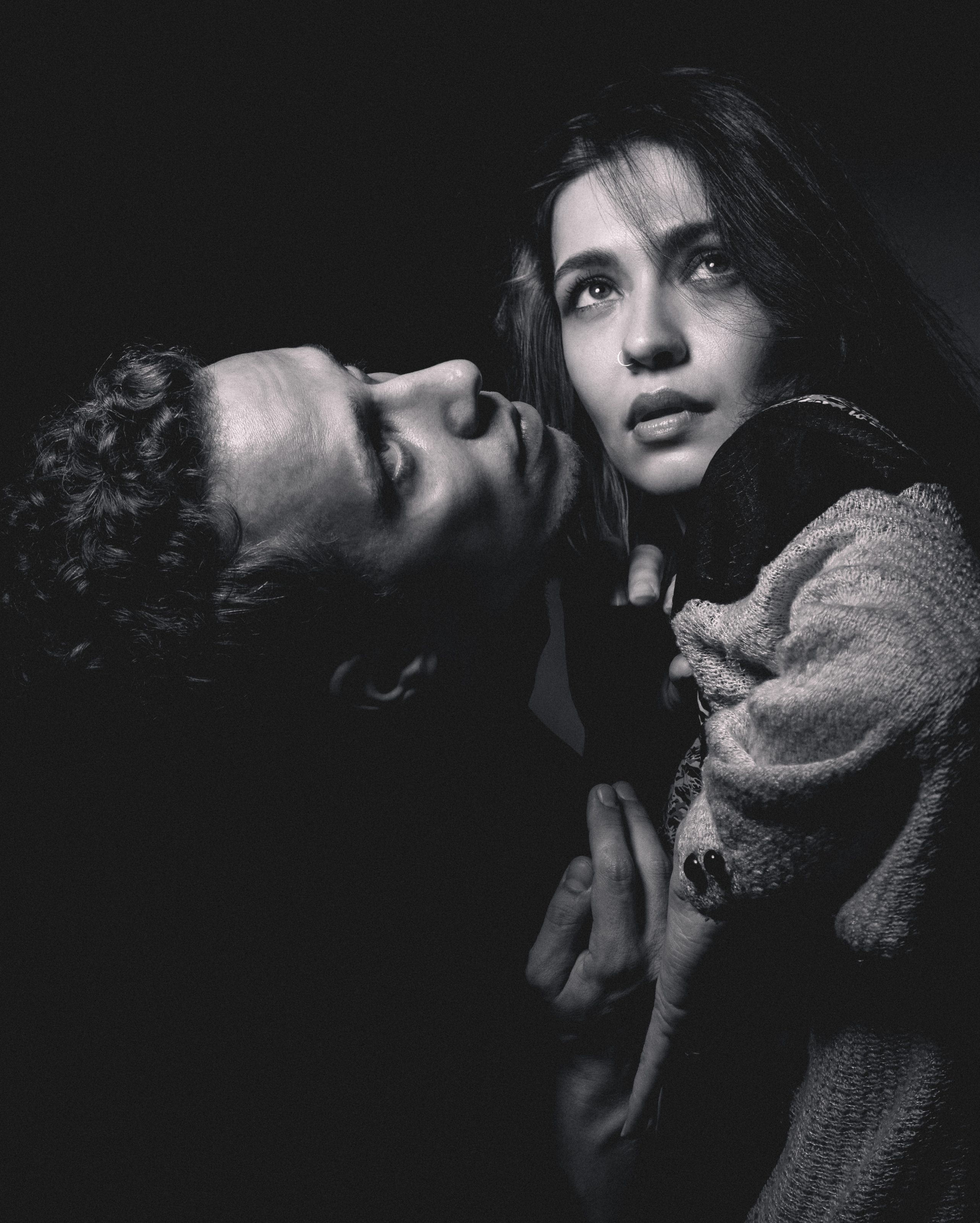 Ice Hokku is an Israeli indie pop duo that grew up on Western music and are now drawing inspiration from the authenticity of the Middle East. The band’s name is a pun, a playful mix of Japanese poetry hokku (haiku) and ice hockey. While performing their shows, Ice Hokku are experimenting with electronic and acoustic music arrangements, shamanic vocals, and fusion sounds. The surprisingly powerful duo’s trademark sound is achieved through the use of Loopers, which records sound layers during the show in real-time. Ice Hokku writes their songs in English and Hebrew. The founders and musicians of the Ice Hokku project: Julia Garnits – vocal, spontaneity, emotional content, visual art for performances. Anton Dmitriev – reason, calculation, production, guitarist, and multi-instrumentalist. Ice Hokku was created in 2016 in Russia, and it has been based in Israel since 2017. In Israel, the duo has released their debut live album Fikus 2, EP Basics, five singles, four clips, and four live sessions. Ice Hokku already played about 150 shows in the festivals and concert venues of Tel Aviv, Jerusalem, Haifa, Beer Sheva, and other cities in Israel.